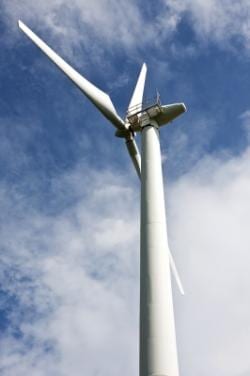 In the German city of Mainz Siemens, together with the public utilities of Mainz, Linde and the RheinMain University of Applied Sciences, has laid the foundation stone for a new type of energy storage system.From next year, the energy storage system, equipped with an electrolyzer from Siemens, will convert excess electricity from wind farms into hydrogen. The hydrogen will then be stored locally in tankers or fed directly into the natural gas grid for subsequent power or heat generation.This will make it possible to store electricity from renewable sources over longer periods of time. The tankers will also supply the growing network of hydrogen-filling stations for emission-free fuel-cell vehicles.Storage system has unique featuresThe system will have a peak rating of up to 6MW, making it the largest of its kind in the world. The €17 million project is being financed with the support of the German Federal Ministry of Economics and Technology as part of the Energy Storage Funding Initiative.The principle of electrolysis has been tried and tested for decades. However, the Mainz system is unique in that it involves highly dynamic Proton Exchange Membrane (PEM) high-pressure electrolysis which is suitable for high current density and can react within milliseconds to sharp increases in power generation from wind and solar sources.In the electrolyzer, the proton exchange membrane separates the two electrodes at which oxygen and hydrogen are formed. On the front and back of the membrane, are precious-metal electrodes that are connected to the positive and negative poles of the voltage source. This is where the water is split.The system in Mainz will now have a capacity relevant for bottlenecks in the grid and small wind farms.A valuable resource for customersHydrogen obtained from electrolysis offers many advantages and can be used in many ways.Using excess green electricity, hydrogen can be produced by electrolysis and stored as an energy medium, for example, in underground caverns. When demand increases, the energy-rich gas can also drive turbines and produce electricity, which is then fed into the grid (“reconversion”). The Proton Exchange Membrane electrolyzer acts as a dynamic control load component to compensate for fluctuations in power grids. The electrolyzer will become a strategic key component for power utilities, grid operators and suppliers of renewable energy.The material exploitation of hydrogen in industrial processes is also possible, for example, for the production of fertilizers, as a component in the chemical industry, for hardening fats in the food industry and in the production of copper.Over 500 billion cubic meters of hydrogen is used globally every year-95% of this is produced by a carbon dioxide-producing gas reforming process. With hydrogen from electrolysis, this process can be substituted, which can greatly improve the emissions balance of industrial processes.Hydrogen can also be used as fuel for variations of fuel cell powered vehicles.If electrolysis uses electricity from renewable sources, hydrogen production is also virtually carbon neutral.Gaelle Hotellier, head of the Hydrogen Solutions business segment, points out, “We have succeeded in producing ‘green hydrogen’, which can help both to avoid carbon dioxide emissions to a relevant degree as well as to make available emission-free fuel for mobility.”Attaining 100% sustainabilityFor countries or regions seriously committed to renewable generation, Power to Gas offers a real storage solution. Of course, the appropriate legal and economic frameworks have to be in place in order for projects to move forward [Engerati-Power to Gas Needs Collaboration]. The existing Power to Gas facilities in Germany, as well as the growing number of pilots, is proof that the country is serious about power storage.If Germany reaches its Power to Gas goals, the country can expect to move even closer to achieving a 100% sustainable energy economy.Further readingEngerati-Germany’s Power to Gas Pilots –A Real World SolutionEngerati-Power to Gas Needs CollaborationEngerati-The Dash for Energy Storage Solutions-Renewables Revisited 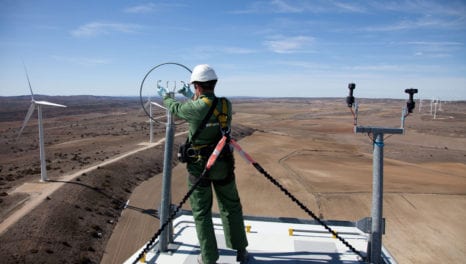 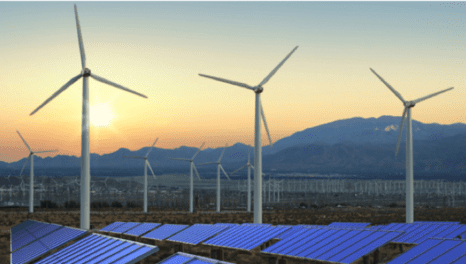 Power to the people: reinventing the grid

Distributed renewables coupled with AI and machine learning offer a heady mix of possibilities for recasting the UK energy system into something that gives the customer ownership of costs and carbon, but practical problems remain. Stephen Cousins separates science fact from science fiction.

A new rule coming into effect in Massachusetts in June will award credit for clean energy that captures peak demand.