This article considers the question: as renewables become adopted more, how will that change the utility companies’ business models? 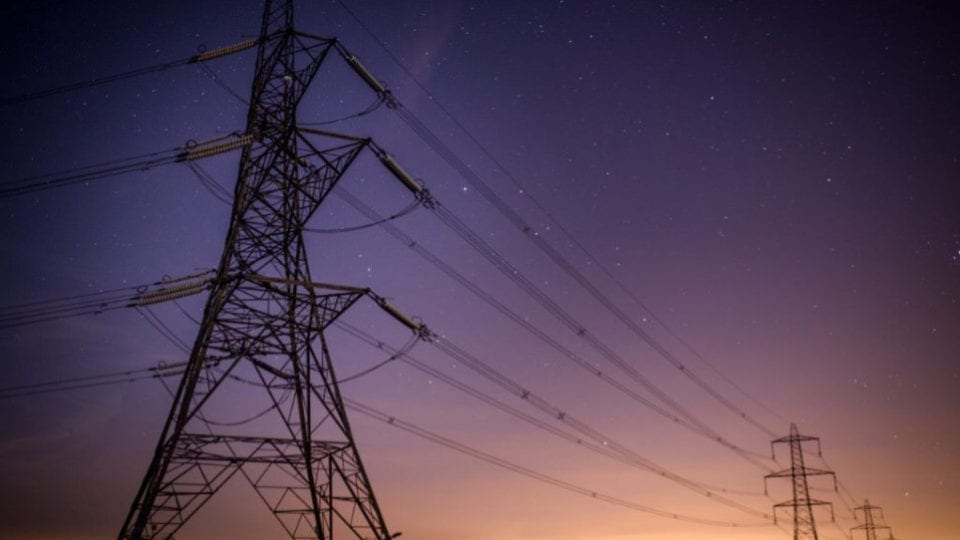 The answer is: it depends which utility companies: those involved in generation, transmission / distribution, or retail? And note that “as renewables become adopted more” will be concurrent with the electrification of heating, transportation and industry – that electrification including transition to a hydrogen economy because the manufacture of hydrogen takes lots of electricity, whether the hydrogen is electrolysed or reformed with CCUS (carbon capture, use and/or storage). There will also be a simultaneous increase in distributed generation and storage: because this article will consider both distribution operators and transition operators as grid operators, the distributed generation and storage in question is behind the meter – domestic and commercial (largely for self-consumption) scale.

Generators will find increasing proportions of their generation to be intermittent, though this may be limited to, say, 30% of demand if (like France and China) the energy transition is undertaken in parallel with large-scale roll-out of nuclear and (to a much lesser extent) hydroelectric generation.

Due to the electrification of other sectors, demand (especially peak demand) will grow rapidly, with some off-setting coming from the use of smart meters and smart chargers for EVs. There will be further off-setting by the displacement of demand from one time to another, e.g. stopping hydrogen manufacture during peak demand periods, though this would entail increasing the capital costs of the plant to shoehorn the same amount of hydrogen production into fewer hours per day – this is called Demand Side Response (DSR).

Therefore generators will need sufficient flexible generation and/or storage to cope with the scale and duration of these peaks, while also being able to turn their generation down (or off) sufficiently to reflect minimum demand. This will put a premium on large-scale long-duration storage, at scales from hundreds of megawatts to scores of gigawatts, and durations from 4 hours (a typical evening peak) to 2 weeks, the latter reflecting the kalte dunkel Flaute or “cold dark doldrums”[2], the longest-duration weather pattern identified (by Germany and France, hence its German name) that suppresses intermittent generation simultaneously over large geographical regions – in their case, most of Europe.

Transmission and distribution utilities are likely to be the most affected. Self-generation and self-storage reduce demand and therefore income. But virtually all distributed systems rely on the grid for back-up, so grid (and generation) capacity needs to be retained to pay for this back-up. In short, electricity consumption shrinks enormously, while back-up needs (with increasing electrification) increase significantly.

Such infrastructure is very expensive to build and keep on standby, which current payment models cannot reimburse because they are primarily focused on paying for electricity consumption. This implies that electricity charges must be re-structured radically, by increasing the proportion of charges related to availability (often termed “standing charges”) and reducing the proportion related to usage (energy costs). And each user’s maximum rate of demand from the grid should be linked tightly to their availability payments: if a user pays to draw down 10kW, then they cannot at any point draw 11kW; this is to eliminate the free-loading that would push the system costs onto other users.

Another challenge comes from the huge increase in overall demand due to the energy transition of other sectors. A third challenge is that such a high proportion of generation is intermittent: depending on location, to replace 1GW of baseload generation requires 3GW of offshore wind-plus-storage, 4GW of onshore wind + storage and 8-10GW of solar-plus-storage, and grids need to be able to cope with peak loads. A fourth challenge derives from the changes in the geographical distribution of this demand: offshore wind farms are in very different locations from fossil-fuelled power stations; and demand for electrified heating and transportation is in very different locations from that for older industries.

All these further challenges need similar solutions: both grid patterns and total grid capacity will need to be strengthened greatly. Happily the old patterns will largely remain for comparable volumes of demand, so old grids are unlikely to need wholesale demolition programmes. But they will need large-scale construction programmes, with grid lines crossing regions that have not before seen them, having to overcome lots of nimbyism or to incur the enormous expense of burying the lines. However some of it can be mitigated by, for example, hanging more wires of each hanger on a pylon, and by building higher-voltage cables including HVDC interconnection.

A final challenge will come from the loss of inertial generation. Power stations have lots of inertia, which means that a fault or spike (whether creating an upwards spike or shock, or a downwards spike or drop-out) is absorbed by the fact that the large rotating mass cannot accelerate or decelerate at such speeds. This is a huge benefit in a variety of ways to the stability of the system. Some of these benefits can be replaced by means that are virtual (i.e. better control systems) or simulated (e.g. using ultra-rapid intervention from batteries to oppose the spike), but the cost and variety of such means would end up being prohibitive. Therefore transmission and distribution utilities must incentivise the construction and operation of inertial supply and load. This could be using synchronous condensers or, better, inertial storage (pumped hydro, CAES) which can spin like a flywheel when not in use – which would keep them synchronised to the grid and thereby reduce start-up times and increase ramp rates.

Electricity retailers’ challenges are in many ways similar to those of distribution utilities. On the revenue side they will have many customers relying on contracts to provide back-up power, and their costs will be greatly affected by transmission and distribution operators’ change to increase availability charging, which should usually be accompanied by reductions in usage charges.

Politically this is difficult in some countries that have focused for a while on consumers paying only for what they use. It would have to be explained that they are also “using” the back-up capabilities; and that those whose costs would increase under this new system of charging would be those who can afford the distributed generation and storage, while those who cannot afford them may see their total bills decrease.

All of this is very achievable, provided that the various operators, regulators and governments align themselves: their strategies, actions, regulations, systems and public pronouncements. The better this is done, the more painless the energy transition; and if done really well, the total energy system costs should barely rise or may even fall. This is because there is such a huge amount of investment going into fossil fuels and related systems; if this investment is redirected towards the energy transition and its required infrastructure, little or no additional investment will be needed.

Which carries a warning: if done poorly (as shown by the recent French Gilets Jaunes demonstrations), the results will be politically unacceptable and very expensive, leading to cost overruns, missed targets and unabated global warming. We must get it right: the planet has no other choice.

The potential to store the entire continent’s energy requirements for over a week; potential globally is greater still. In the future, Storelectric will further develop both these and hybrid technologies, and other geologies for CAES.

His degree was in Physics with Electronics. He has 12 years’ management and innovation consultancy experience world-wide. In a rail multinational, Mark developed 3 profitable and successful businesses: in commercialising a non-destructive technology he had innovated, in logistics and in equipment overhaul. In electronics manufacturing, he developed and introduced to the markets 5 product ranges and helped 2 businesses grow strategically. 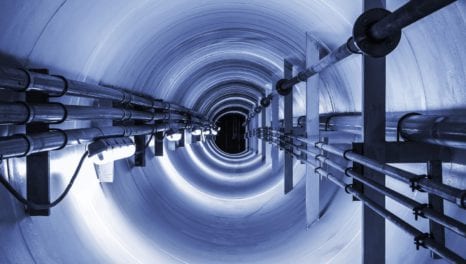 Creating integrated investment planning, management and governance approaches which are fit for the future 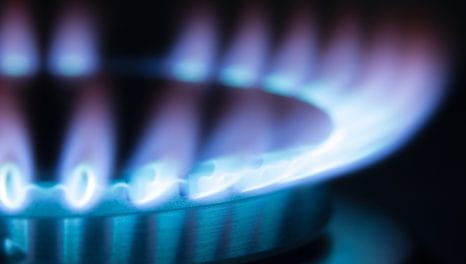 Leaders from the UK gas network share insights into a recent project to develop a new asset investment modelling approach and support better business planning for its upcoming regulatory period. 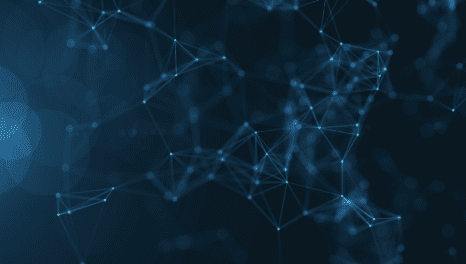 London-based energy technology company Electron has been awarded funding by the UK’s Department for Business, Energy & Industrial Strategy (BEIS) to lead a consortium to develop a multi-product flexibility exchange as part of the FleX competition. 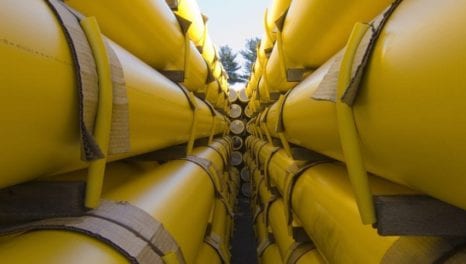 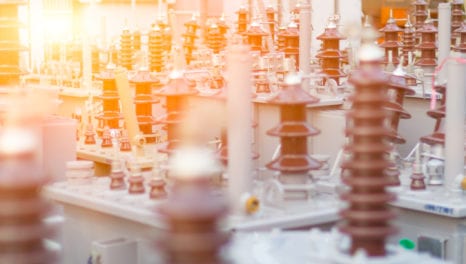 Improving accuracy and confidence in your DGA results

How to overcome DGA uncertainties for optimisation of transformer fleets